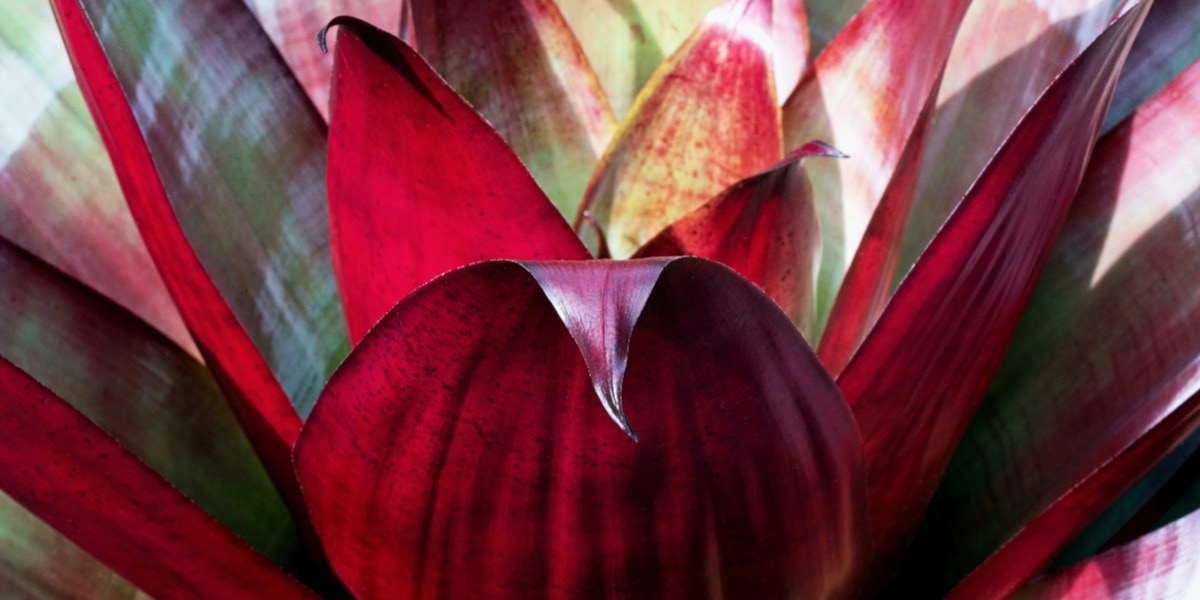 You don’t have to be an experienced gardener to adopt bromeliads into your home and garden. Believed to have inhabited the earth for 65 million years, bromeliads know how to take care of themselves. Today, there are more than 3,000 known species, ensuring there’s a bromeliad that’s right for you.

Bromeliads were first discovered in the mountainous regions of Central and South America where they still grow wild today. Indigenous peoples used the plant for food, in textiles, and for ceremonies. In the 18th century, European traders took bromeliads back to Europe where they became the origins of many of the varieties known today.

Bromeliads are terrestrial (live in soil) and epiphytic (live in trees). They flower once in their life, and then die. However, they do sprout offspring—pups—which can be found growing near their bases and can be nurtured into their own plants. In our climate, they thrive indoors or outside in the garden.

Bromeliad care is simple. Place them in medium light and water
occasionally. Most do not like direct sun and when you forget to water them, they survive by getting moisture and food from the air.

Much has been written about the bromeliad, but perhaps nothing more interesting than the idea that bromeliads can be matched to your style. For those who like it formal, there’s the fairly common Guzmania. These do well as a houseplant and have green leaves topped by red, orange, yellow, purple, and white bloom spikes.

If you are more daring, we recommend the Neoregelia, which grows
in the garden. Known for its foliage, the new growth comes in bold colors and has names such as fireball and sexy pink. The whimsical gardener would like the Pink Quill. This epiphyte grows well in trees and has pink, paddle-shaped flowers.

Regardless of your style or gardening know-how, a bromeliad is a sure bet for your next garden addition. You will be proud of your success and your bromeliad will always be in style.

Guzmania
Guzmania bromeliads are known for their brightly colored funnel rosettes. While red is the most common color, you can also find Guzmania bromeliads in yellow, orange, white, pink, and purple. Guzmania is also one of the most low-maintenance bromeliads, requiring only a little water in the leaf cup once per week.

Tillandsia
The narrow, pointed leaves of Tillandsia bromeliads almost resemble
sea grass, which enhances their tropical appearance. Tillandsias are air plants — meaning they don’t need roots to get nutrients—and typically grow on trees or rocks. Their flowers come in shades of pink, orange, and red.

Vriesea
The Vriesea, or the Classic Wave Bromeliad, is popular for its unique
color varieties. Often, the blooms aren’t just one color; instead, you’ll find yellow with red mixed together, or red with orange highlights. Their bright appearance makes them a popular choice for houseplants.